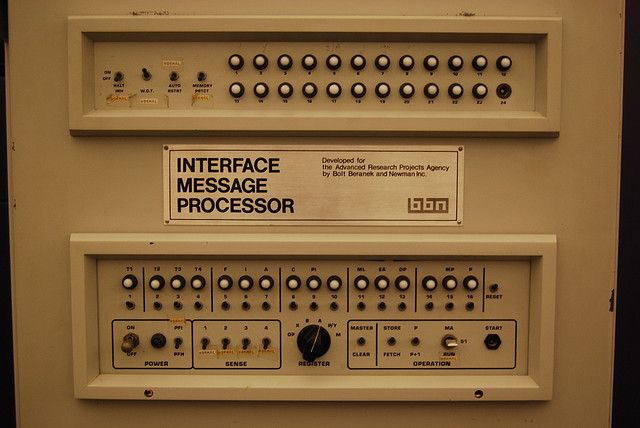 Don't I look dashing in this picture?

I am the Interface Message Processor for the Shiflett family in Charlottesville, Virginia. The Shiflett kids have endearingly nicknamed me "Larry" and I have taken a liking to that name as well, so I think I will keep it. I communicate between the Shiflett’s home computer, a Commodore 64, and their Altair mini-digitals, which they carry around in their pockets whenever they leave the house. The Shifletts are a very nice, respectable family and they take good care of me. I was just recently reprogrammed to recognize little Joey’s (the Shiflett’s youngest son) mini-digital while also supporting the mini-digitals of Mr. and Mrs. Shiflett and their daughter, Susie. It uses up quite a lot of my energy to deal with so many devices, but I manage.

This is what Steve looks like when he types on the Commodore 64, before I have to transmit his messages to the Altair mini-digitals of the rest of the family. His typing has really improved in the last few months!

This is Fido, my archnemesis at the Shiflett household. Fido has a tendency to chew on my wires when no one else is home and it really hurts. He messes with my circuiting and all Karen and Steve do to punish him is say "bad dog!". I really think he should be left outside for a couple of days instead to learn his lesson. I do so much work for this family and Fido just lays around and looks cute. He gives the Shiflett family those big puppy eyes and they go soft on him when really he is evil!